Founded in 1919, Tomlinson Hall is one of Europe’s most prominent pump specialists – and the company is reaching new heights, with the support Horizon Works.

Many great business relationships start with a good chat. And in the case of strategic marketing company Horizon Works and pump distributor and manufacturer Tomlinson Hall, a brief introduction sparked off a long standing partnership that has borne significant fruit.

The two companies first met at a North East Process Industry Cluster (NEPIC) Meet The Members event in 2013: Colin Simpson, business development director of Billingham-based Tomlinson Hall, had been looking for support in relaunching the firm’s Liquivac product – an innovative liquid ring vacuum pump used in sectors including utilities, desalination, land remediation and chemical processing, in the UK and abroad.

A ‘sleeping giant’, Liquivac represented a significant opportunity for Tomlinson Hall, and full service business to business marketing specialist Horizonworks was commissioned to rebrand the product and support Tomlinson Hall in developing a marketing strategy, with a focus on export – especially to Middle East markets.

Dave Cockburn, senior lecturer in Games Art at Teesside University (a fellow NEPIC member), also worked with Tomlinson Hall and Horizon Works to develop an animation of the Liquivac pump, which vividly illustrates its operation and components.

Horizon Works created key messaging for Liquivac and an attractive new brand and visual style: this this was applied to a new website and marketing material for the product. The Gosforth-headquartered company also produced Arabic brochures and business development materials to support Tomlinson Hall’s export push.

Tomlinson Hall – an approved global distributor for major industrial pump brands, including DEPA and ELRO – then commissioned Horizon Works to create a new brand for the whole company, and has now engaged the firm in a wide range of public relations and business development support work.

In 2015, it was named SME of the Year in the NEPIC Annual Awards and the company is a finalist in this year’s Pump Industry Awards – where it has triumphed in the Distributor of the Year category four times.

And Horizon Works – which has a strong track record in engineering, manufacturing and technology-led sectors – has also helped Tomlinson Hall to access funding and win a ‘Golden Ticket’ competition run by UKTI, which resulted in a highly successful market visit to the United Arab Emirates.

Colin Simpson, business development director at Tomlinson Hall, said: “Our experiences working with Sam and her team have brought a freshness of approach with fantastic results.

“Clarity of communication with a real feeling of combined project ownership – coupled with a professionalism that we have found second to none – separates Horizon Works from others.

“Their knowledge of current funding opportunities has assisted in enabling us to not only re-launch Liquivac, but to also rebrand the business and start a project to bring Tomlinson Hall as a whole into its second century in business.”

Samantha Davidson, managing director of Horizon Works, said: “Tomlinson Hall is a fantastic example of the North East’s strength in engineering and manufacturing. We’re proud to be playing a part in its success.” 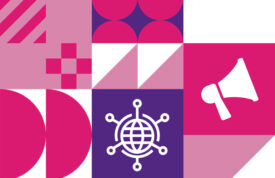 How to market internationally - supporting export activities and raising profile 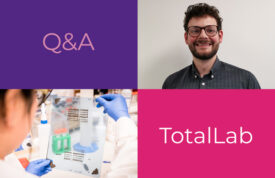 Q & A with Dr Steven Dodd of TotalLab 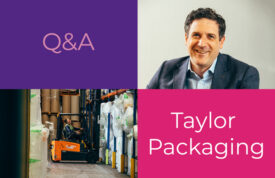 Q & A with Adam Taylor of Taylor Packaging 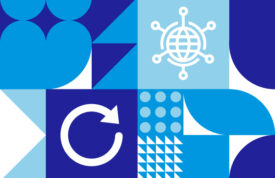