Franks Portlock has made two important additions to its site-based team at Sellafield to support increasing project demands at the nuclear plant.

In August 2014, Franks Portlock which is headquartered in Washington, Tyne and Wear, was commissioned to provide asbestos analytical services to Sellafield Ltd in a four-year contract worth £2 million. The company provides site-wide support to Sellafield, its partners and suppliers for maintenance, site remediation and decommissioning.

David Grey joined Franks Portlock to support and undertake Air Monitoring and 4 Stage Clearance works throughout the Sellafield site. David has worked in the asbestos industry since 2004 and prior to joining Franks Portlock worked both in the UK and Hong Kong as a laboratory technician undertaking soil testing, material and chemical analysis. More recently he worked as an asbestos surveyor for UKAS accredited testing laboratories and inspection bodies.

Commenting on his appointment, James New, regional manager at Franks Portlock, who oversees the work at Sellafield, said: “David brings with him a wealth of knowledge and experience in both the asbestos industry and the wider material analysis field, and he will add an extra dimension to the existing team and bring a fresh perspective from outside the nuclear sector. We are looking forward to his development as an integral part of the analytical framework and to the professional support he will bring to an already dedicated and dynamic Sellafield team.”

Simon Burrow will also be undertaking Air Monitoring and 4 Stage Clearance works throughout the Sellafield site, supporting the Site Wide Analytical Contract awarded to Franks Portlock in 2014. Simon has worked in the asbestos industry since 2011 and, prior to joining the company, was employed in a similar role at Magnox, a multisite nuclear operator with operations ranging from power generation to nuclear decommissioning and conventional demolition.

James said of Simon’s appointment: “The expansion to the Sellafield analytical team further strengthens our ability and commitment to meet the requirements of our customers, and the addition of Simon brings further experience in both the asbestos and nuclear fields.

“The next few years will bring an ever increasing demand to the decommissioning processes on site and as an asbestos consultancy professional with nuclear experience, Simon will play an instrumental part in Franks Portlock’s work at Sellafield.”

Launched in 2007, Franks Portlock offers a comprehensive asbestos management service – from consultancy, analysis and training to asbestos surveying, lab analysis, air testing, removal, clearance certification and on-going monitoring, to ensure that clients are protected from the risks of damaged asbestos.

The company is an accredited testing and inspection body and helps a wide range of organisations to manage workplace and environmental risk in order to comply with UK safety regulations. Franks Portlock, which also has operations in Rosyth, Fife, can undertake projects of any scale from smaller buildings or facilities to large, multi-site operations.

The two new appointments come at a time when the company has gone through a significant brand review to support its growth in existing and new markets as a leading full service asbestos management company. Today the company competes in core sectors that include nuclear, marine, industrial, healthcare, housing, residential, retail and local authorities, both on a regional and national level. 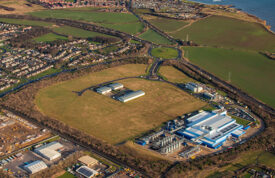 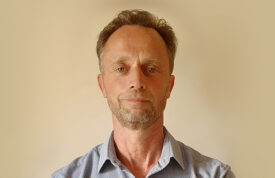 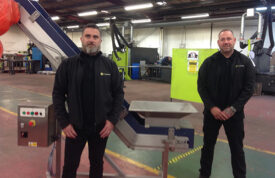 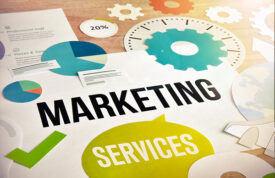 Back to work...time to refresh your marketing toolkit?