Hartlepool, UK-based expanded metal mesh manufacturer The Expanded Metal Company has strengthened its offering to the security and construction sector after achieving new certification for its ExMesh™ Securilath™ product range.

Securilath™ is now the only security mesh range to be certified by the Loss Prevention Certification Board (LPCB) when applied to metal stud, timber stud and block walls.

The enhancements were made in response to the increasing use of metal stud wall systems in the construction industry and will help contractors and end users to meet insurance and security requirements.

Securilath™ was originally developed by The Expanded Metal Company in the 1990s as a discreet method to target harden critical areas. It significantly delays determined intruders from creating an aperture large enough to gain entry to a building and can be situated within internal and external walls, ceilings, roofs and windows.

It can be easily fitted during construction or retro-fit and is used by worldwide financial institutions and retailers and at many high-risk sites.

Securilath™’s LPCB ratings are achieved when installing the mesh on timber stud, metal stud or block wall in accordance with fitting instructions.

The Expanded Metal Company’s ExMesh™ range offers innovative fencing systems and security products which are designed to protect people, property and infrastructure from a broad array of threats.

Philip Astley, managing director at The Expanded Metal Company said: “By achieving this enhanced certification across our Securilath™ range, The Expanded Metal Company can provide additional peace of mind to contractors and end users who wish to apply a security mesh to metal studs and block walls, and further options to specifiers who wish to specify LPCB approved security laths in new projects.

“As the originator of the Securilath™ concept, it’s exciting to see the product range continue to develop in this way. We pride ourselves on working closely with industry and offering enhanced certification for the Securilath™ range demonstrates our commitment to addressing security challenges.”

The Expanded Metal Company has a rich industrial heritage dating back to 1889 and was founded by John French Golding, the inventor and patentee of expanded metal. It supplies high quality expanded metal mesh products for sectors including construction, filtration, engineering, transport, utilities, automotive, aerospace and architecture.

The Expanded Metal Company works closely with contractors and end users to create bespoke solutions for their projects, drawing on its extensive design and manufacturing expertise, and high-class production capabilities. 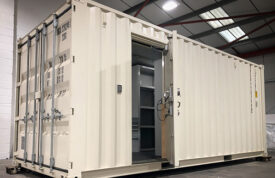 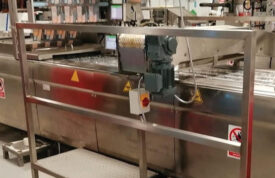 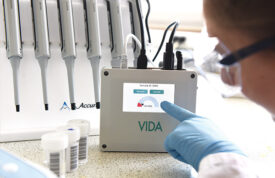 Revolutionary lab technology is set for launch into the US market 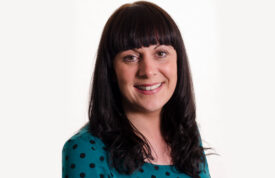